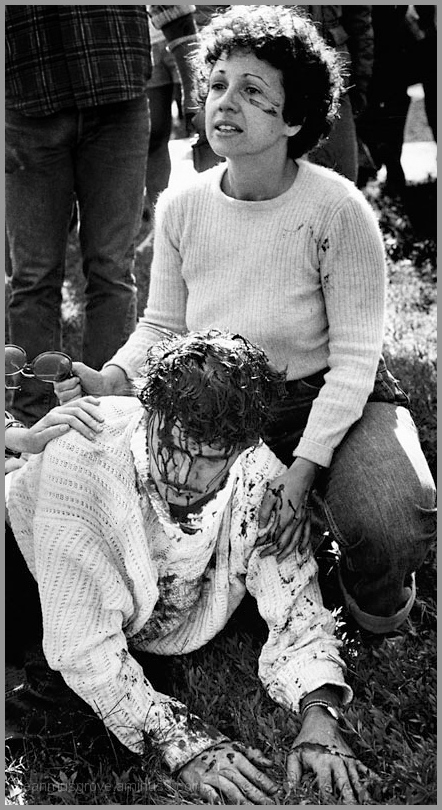 Previous Next
← previous day next day →

A few frames later....As a photographer for the now defunct Los Angeles Herald Examiner, I was assigned a KKK rally in Oceanside, CA. on March 16, 1980. About thirty armed klansmen sent a half dozen people to the hospital before police moved in. In this frame the man on the lower right was attempting to help the beaten man on the ground. Everyone else in the frame is with the klan. I usually used a 20mm or 24mm lens and would get in as close as I could. My heart pounds faster just remembering this.

The photo tells a lot...great one!